Flooded Cars: How To Spot Them And Avoid Them

Often, within weeks or months after big floods, the cars that were submerged start popping up on used car sales sites. That’s why buyers need to be aware.

That big flood a while back? It did more than take peoples’ homes and damage crops—it also damaged cars by the hundreds or thousands. Often, within weeks or months after big floods, the cars that were submerged start popping up on used car sales sites. Most of the time, their owners disclose the flood damage. But sometimes they don’t, and that’s why buyers need to be aware of the warning signs and problems with flood-damaged cars.

You might think floods don’t apply to you, because you live somewhere high and dry. While some parts of the U.S. are known for their floods, any part of the country could be potential danger ground for sales of flood-damaged cars, as individuals and wholesalers try to ply their wares outside the flood zone.

First things first: Are flooded cars really ruined once they’ve been flooded? The short answer is yes. Once a car has been flooded, the electronics, upholstery, and most of the car’s systems are likely to need replacement. If the car was running when flooded—as in a flash flood, or a driver who went through water too deep—the engine might be destroyed or damaged, requiring expensive repairs. Once the full bill for repair is tallied up, a flooded car is totaled—it’s not worth as much as it would cost to fix it.

Sometimes, people will find flood-damaged cars that need inexpensive repairs, or that are just cheap to repair extensively, and re-sell them with “salvage” or “rebuilt” titles. Those cars can represent remarkable deals—great savings over “clean” titled cars of the same age and (ostensible) condition. But they can also be money pits for ongoing repair as more systems fail due to the water exposure during the original flood event. Cars repaired and re-fitted by amateurs may not have been rebuilt to adequate standards, too, and unlike work done by professionals, won’t carry any warranty should it need re-doing.

Worst of all, sometimes a flood damaged car isn’t revealed as such, either through a dishonest seller or honest mistake on the part of a second or third owner.

Fortunately, there are things you can do to prevent ever buying a flood damaged car in the first place.

Flood damaged cars tend to smell damp, mildewy, or sour, especially if they’ve been sitting for some time after flooding. The smell can sometimes even linger after the carpets and upholstery has been replaced. On the flip side, if the car you’re looking at smells strongly of air fresheners or cleaning agents, the seller may be trying to hide the car’s post-flooding scent.

That rear window that doesn’t respond to its switch? That could be a sign of flood damage that has caused the switch (or the window motor) to fail, and could soon crop up elsewhere in the electrical system. Be sure to check all power window switches, seat controls, the air conditioning, radio, navigation or entertainment system, and any other electric or electronic control within the cabin.

3. Look at it carefully

Cars are subject to all of the classic signs of water damage everything else is: stains, wavy lines, rings, etc. Look at the seats, the carpets, the head liner, the seat belts—anything fabric that might show signs of moisture. Conversely, be on the lookout for interiors that look too new—they may have been replaced to get rid of stains and smells, hiding the flood damage but not fixing the underlying issues.

Unless you're an expert mechanic, otherwise you should always hire one. This is just one more area where a pre-purchase inspection can save your bacon, especially when the car has been repaired in an effort to hide the damage.

5. Get a Vehicle History Report

Reputable sellers are the key in disclosing a used car’s flood-damaged status, and Instamotor includes a vehicle history report to ensure the cars listed are what they claim to be.

How Much Car Can I Afford
A Glossary of Car Buying Terms
How to Find The Right Car
What Type of Car Should You Avoid?
How to Buy Your First Car

Understanding the Vehicle History Report
What is a Rebuilt Title?
What is a Salvage Title Vehicle
What is a Lemon Title Car
Should I Buy a Used Rental Car 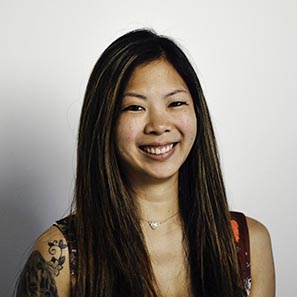