Collector Car Appreciation Day: The Most Expensive Cars Ever Sold

Multiple Ferraris, a Bugatti and a Mercedes F1 racing car from the 1950s are among the most expensive cars ever sold at auction.

Today marks the annual Collector Car Appreciation Day, and we want to take a quick look at the most expensive cars ever sold at auction. Some are racing cars and some are just rare sports cars, but all are unique in their own right and have long held their places in the history of automobiles. Each of these cars has sold for more than $30 million, so when you consider buying a house just remember that the people who bought these cars can, potentially buy at least fifteen (or more!) of the house you’re looking at if you’re in the San Francisco Bay Area. 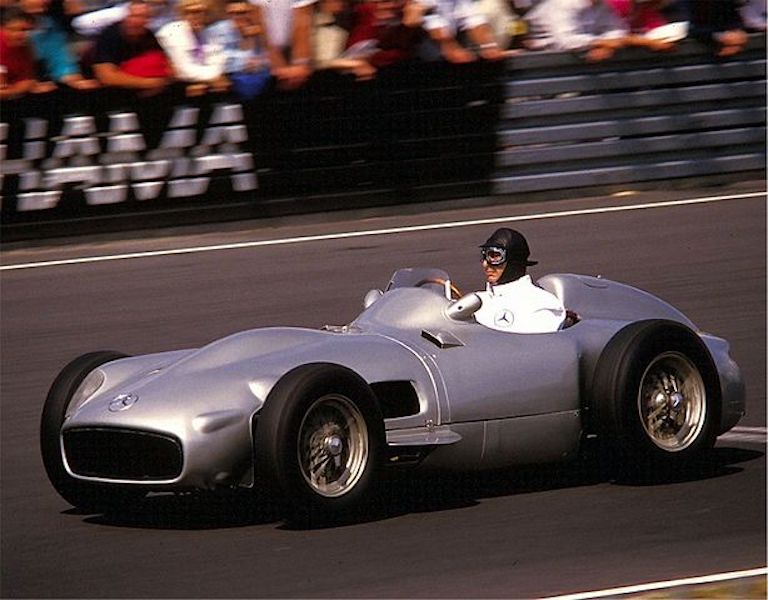 First on our list of ridiculously expensive collector cars is the Mercedes W196 that stormed F1 legends Juan Manuel Fangio and Stirling Moss to victory in 9 of 12 F1 World Championship races from 1954-1955. The car used a 2.5-liter V8 engine that would eventually produce about 340 horsepower, utilizing a revolutionary direct injection fuel delivery system, a system that is still uncommon amongst road cars. In 2013 the 1954 Mercedes W196 sold at auction for more than $32.5 million at the Goodwood Festival of Speed in England. Of course instead of getting this old racing car, you can get a 2008 Casino Royale yacht, which is, let’s face it, more bang for your buck. 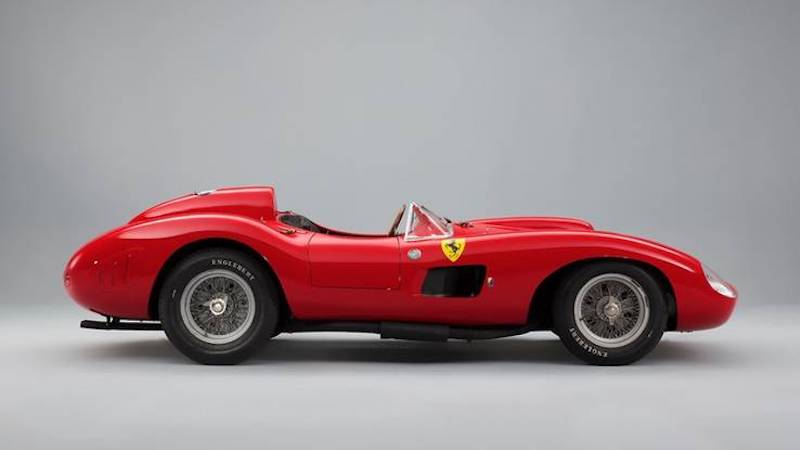 Here we have a more expensive car, in February of 2016 at around $36 million. The 1957 Ferrari 335 Scaglietti was a sports car equipped with a 4-liter V12 producing almost 400 horsepower, with a maximum speed of 190 mph. It was driven by Stirling Moss and the only US born F1 World Champion Phil Hill in sports car racing, and only four were ever produced. Its past is checkered at best, taking credit for killing several people during a racing event after a tire exploded causing its driver to lose control and careen into a crowd of spectators. Despite this, the car is still extremely valuable for its rarity and pedigree. Here’s some food for thought: a house in Atherton, CA costs an average $6.3 million, so for the price of this Mercedes you could instead own almost six houses in California's wealthiest neighborhood. 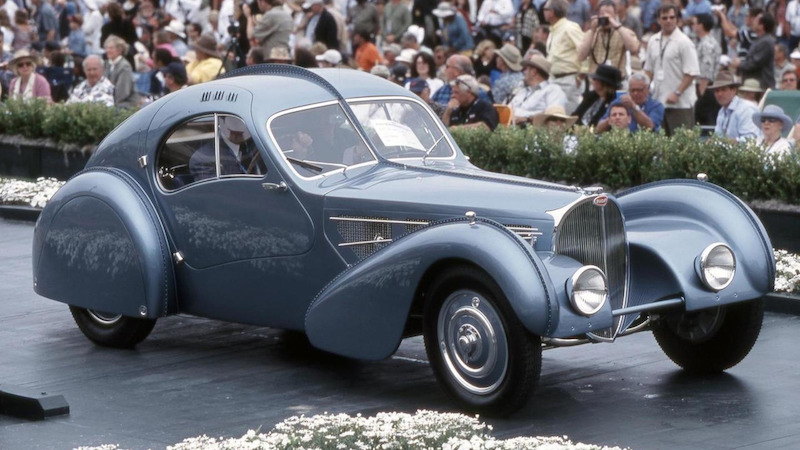 One of the rarest cars in existence is the 1936 Bugatti Type 57SC Atlantic. Only two were ever made, and it was based on a concept car called the “Aerolithe”, which for all intents and purposes is considered lost for all time. No one knows where it is, or who owns it. The Atlantic is nevertheless a fascinating car, using a 3.2-liter inline-eight cylinder engine, weighing just over 2,000 pounds and making about 200 horsepower, supercharged. It was bought at auction for nearly $40 million about seven years ago. An old Bugatti is fine and dandy of course, but what would you say if for the same amount of money you could get almost five search and rescue helicopters? 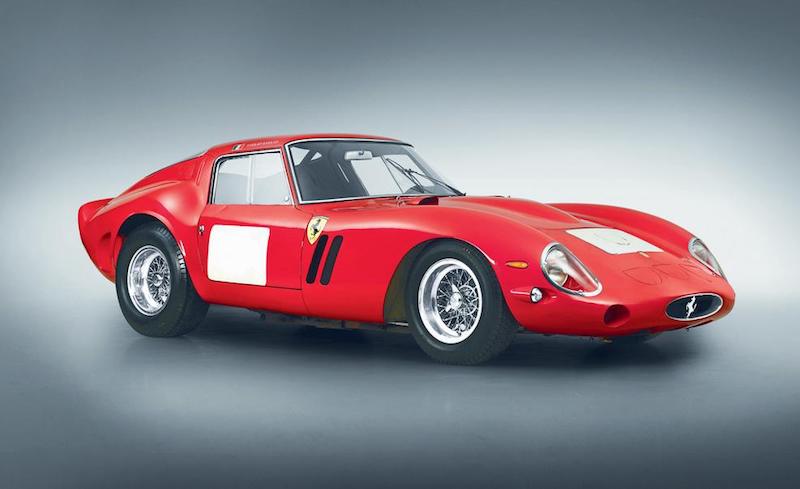 At least three Ferraris have made this list, and the second is the 1962 Ferrari 250 GTO. For two years Ferrari produced the GTO, but only 33 were ever made between 1962-1963. It uses a 3.0-liter V12 producing around 300 horsepower, weighs less than 2,000 pounds and is designated as a Grand Touring Homologated sports car. In May 2012 the GTO made for Grand Prix driver Stirling Moss sold for a record $38 million. However, just four years ago in October 2013, a 1962 250 GTO sold for nearly $52 million, making it the most valuable car ever sold at auction. Might be a lot, but it sure beats spending $52 million on an iPhone. 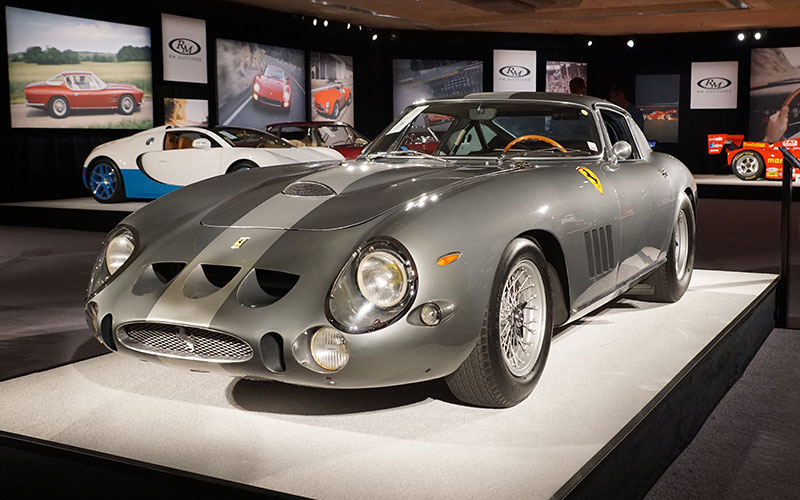 We come to our final Ferrari and our final car, the 1964 Ferrari 275 GTB. While this car hasn’t been sold at auction yet, so it has no official value, some have been projected to make a hefty sum. The GTB is classified as a grand tourer, with a 3.3-liter V12 producing up to 300 horsepower and came in two versions, the GTB/C or “Competizione Speciale”, and the GTS which was a road going roadster solid in America. Four competition models were made including a prototype, where they were equipped with LM engines. The racing versions of this car were built out of very thin aluminum, shaving 300 pounds off of its predecessor the GTO. Racing versions produced about 330 horsepower. According to the article in Bloomberg, that specific “Competizione Speciale” 250 GTB could go for more than $100 million, if it were ever sold. For that much money you could have an Airbus A320neo but hey, that’s only an airplane, right?

There you have it. The most expensive cars ever and the ludicrous amounts of money they go for. These cars all go for a lot of money, but each one has something special about it. The Bugatti is one of two ever built and based on a lost prototype, the Mercedes was driven by one of the most legendary champion in Motorsports history, there are only 33 of the 250 GTO that were ever built, and the list goes on. Clearly not just any collector car can go for tens of millions, it needs something that sets it apart to achieve that milestone.

Not your typical used car salesman. Our team is here to provide honest and transparent advice about car buying and selling.

Find Cars From Your Phone

instamotor's free app helps you find used cars for sale. Buying and selling a used car has never been safer and easier.